Back of the net: The many different ways Premier League clubs celebrate goals on Twitter9 min read

Footballers often comment that there is no greater feeling in the game than scoring a goal. And we all know that the more goals your team scores the more successful they tend to be in the long run.

For a fan, watching your team score is just as rewarding. Clubs know this, of course, and use it to create some great content that gets shared across social platforms.

Here is how all 20 Premier League teams celebrated their last goal.

It’d be remiss to not mention Rangers’ Robert Boyle with this article: his post on how teams announce their starting line-ups inspired this feature.

When they scored a last minute winner against Burnley at the weekend, Arsenal posted this slightly disconcerting image of scorer Laurent Koscielny. GIFs are a recurring theme throughout this article, and some are more well-done than others.

It’s definitely eye-catching, however. The flashing “goal” and changing colours hold your attention, although I’m not 100% convinced by the slow zoom on his face.

There’s some accompanying text too, which lets us know the score and the minute of the game, however they haven’t opted to use the league’s official hashtag (which doesn’t include the v). Worth noting that this didn’t go live straight away: it came one minute after the account officially announced the goal with a slightly more low key “YESSSSSSSSSSSSSSSSSS!!!!!”

@Arsenal it’s the captain with the goal to win us three points at the death!#BFCvAFC 0-1 (90) pic.twitter.com/qcCxEbubos

A basic GIF from Bournemouth, featuring the name of the goalscorer and a photo of him in the background. It’s another eye-catching effort, accompanied by the minute and the team’s hashtag.

A follow-up tweet provides more background on the goal as well as the score. But nothing about who they were playing at the time. And again: no official hashtag.

Burnley have opted for a GIF: theirs also containing the name and an image of the goalscorer. There’s something vaguely Powerpoint-like about the paths the words take, however they don’t give any mention to their opponents or use the Premier League’s official hashtag.

For the fourth time, there’s no mention of the league hashtag. Chelsea’s more unconventional approach to announcing the goal doesn’t even include the minute of the match it was scored in, getting straight to the point with Diego Costa’s name and a celebratory GIF of the goalscorer.

Palace have clearly incorporated the team’s colours – and done so quite effectively – in a non-specific GIF that they use to announce each goal. There’s no personalisation going on here, and their accompanying text also lacks context, the minute, opponent, and – something of a theme – a proper hashtag.

A break with the tradition so far from Everton, who have completely eschewed any kind of media when announcing Lukaku’s goal.

In the space of two tweets they tell us about the goal, who scored it, when, and who against – which is great. There’s evidence of genuine emotion through the punctuation and capitals as well.

A bonus inclusion from Everton is their own #EFCmatchday hashtag. Again though, no love for the league one.

GOALLL!! Everton 1-0 @CPFC. What a free-kick from @RomeluLukaku9 on 35 minutes! Mandanda didn’t move. Get in, Blue boys! #EFCmatchday

Hull are one of the few clubs not to bother with GIFs this season. The image they’ve created is simple and to the point: the name, the squad number, and the game.

The accompanying text does the rest of the work (minus the minute of the goal) and also includes – finally! – the Premier League’s official hashtag. Both clubs are mentioned in the tweet too.

Now we’re rolling: another official hashtag. It takes two tweets for the league champions to tell us everything about the goal, however we’re lacking any media to accompany it.

Leicester are also one of the clubs who don’t just tweet “Goal!” when a shot goes in before expanding on it afterwards – understanding that providing information is just as important as notifying people.

GOAL! Absolutely incredible strike from Gray finds the top corner to pull one back for the Foxes. It’s now 4-1 to the hosts. #MnuLei

Nathen McVittie points out that Leicester do have a celebratory GIF on their official Giphy channel, it just hasn’t been used yet. Last season they were prepared for every possible eventuality.

A snazzy pre-designed effort from Liverpool. It’s generic, but there’s something quite satisfying about watching the arrows fit together ad infinitum.

In terms of information for fans though, there’s no mention of what minute the goal is scored in, or their opponents. The only included hashtag is in the GIF, along with the club’s URL. It’s the text that tells us what we need to know here.

It probably comes as no surprise that Man City’s effort is the most rounded that we’ve had so far. There’s a celebratory picture of the goalscorer, their number, name, the minute they’ve scored in, the score, the league logo, a hashtag (not official, but included), and Sterling’s autograph as well (an interesting but nice touch).

The Manchester club are one of a small number of teams who personalise these on the fly. Obviously you can’t have ones prepared for every score, goalscorer, and minute, instead they’re turned round very quickly from pre-designed templates.

City prove that GIFs aren’t always the only way of including everything. This manages to not be overcrowded while at the same time telling us everything we need to know.

Back to GIFs now. Man United’s media is another announcement lacking any kind of personalisation other than the name of the goalscorer, but we do get that added context in the accompanying text. They tick boxes for everything really: minute, score, goalscorer (complete with handle), and the official hashtag as well.

No nonsense from Middlesbrough. The follow-up contains the information on the goalscorer and a bit more about the goal itself, but no media or hashtags make an appearance.

Southampton have gone for a two-hashtag approach to their announcement. #SaintsFC makes an appearance in the text, with #WeMarchOn accompanying an image of goalscorer James Ward-Prowse in the GIF.

Using Ward-Prowse’s nickname in this is a decent touch too.

Considering the circumstances – an 81st minute equaliser at Old Trafford – there’s a distinct lack of emotion in Stoke’s goal tweet. No media, no fanfare, just a matter of fact description and the updated score.

81: GOAL Stoke get the equaliser after Allen pounces on some pinball in the United area #ManU 1-1 #SCFC

Generic goal graphic, but at least they’ve used the official Premier League hashtag. Goalscorer Van Aanholt’s account is mentioned, but no mention of what minute the goal was scored (that comes in a follow-up). Always good to have a bit of information about the goal though.

I’m a big fan of Swansea’s GIF here – particularly the wave effect behind the Swans’ logo. We don’t get any hashtags, but we do get some nice emotive exclamation marks and a mention of Fer’s account. This serves more as announcement of a goal and a very quick way to get the news out before backing it up with more context.

Spurs are another club who have made an effort to have a degree of personalisation in their goal tweet. The GIF just tells us that Dele Alli has scored, and we get the rest of the information we need in the text – all except the minute, that is.

Tottenham also include their own hashtag rather than the league’s own – a bit of a theme among clubs.

Two tweets here from Watford: the first telling us that Isaac Success has scored, and the second with a GIF they use for all of the team’s goals.

Watford’s effort contains their own hashtag – #watfordfc – but even though they’ve used two tweets we still don’t get a lot of information.

Novel approach from WBA: no text, just an image telling us Nacer Chadli has scored (the number relates to his squad number). It’s a bit basic to be honest, and the icons next to the club badge seem a bit redundant. Again they’re going for their own team hashtag rather than the match one.

Finally, the Hammers. The background is a nice touch, and they’re the only ones who’ve given the club sponsor a prominent position (without just including it on the shirt).

Here we get a picture, a name, and in the text the Premier League’s official hashtag also makes an appearance. Good use of punctuation to show some emotion too.

When it comes to goals, media feature prominently: 12 of the 20 teams employ GIFs when their side score, and a further four go with static images.

Surprisingly there’s not much love the Premier League’s official hashtags, with only five instances of them occurring in goal announcements (they could appear elsewhere in updates, of course). It seems like the perfect time to use a hashtag that is promoted across the world to fans, and a bit of a missed opportunity.

We’ve also created a Twitter Moment featuring all of the above tweets. 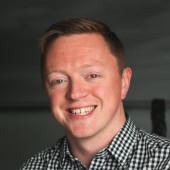 Newcastle United fans have their say on club’s Twitter use

Is Sunderland’s statement an ill-judged piece of crisis management?