After recent events at Newcastle United, Nottingham Forest and Port Vale you could be forgiven for thinking football clubs have lost the plot.

For a long time clubs and their local newspapers have been locked in a mutually beneficial if not always entirely comfortable relationship. The very definition of you scratch my back, I scratch yours.

However nowadays orders are being handed down from the boardroom to ban journalists for perceived indiscretions, no matter how minor, on an alarmingly regular basis. It’s easy to ascribe these decisions to touchy owners but could there be something beyond that which is straining the relationship between the two parties? While reports of the death of local media have been exaggerated it’s no secret that the landscape is changing. Budgets are being cut and newsrooms are shrinking. Compare that with football, where every new TV deal pumps yet more money into the game. The big sides have never been richer and they’re branching out. They’re creating content.

The club website is no longer just a portal for the latest injury news and match reports. Money is being invested in media teams. The ease at which video and audio can be produced has resulted in clubs launching their own online TV channels, streaming live commentary and producing their own apps to bring fans closer to the game.

Clubs are no longer reliant on traditional media channels to connect with supporters. Clubs can not only tell stakeholders what is going on but they can exert more control over their messages by cutting out the middle man.

Reacting to criticism about Nottingham Forest’s decision to limit the amount of access the local press has to the club, Media and Communications Manager Ben White said: “We have a media team of our own who are fully focused on keeping fans updated.” In other words, we don’t need the local press because we’re quite capable of telling the fans what’s happening ourselves.

I ask again, are these bans simply about punishing unruly hacks or are they about something more? Are they about competition? 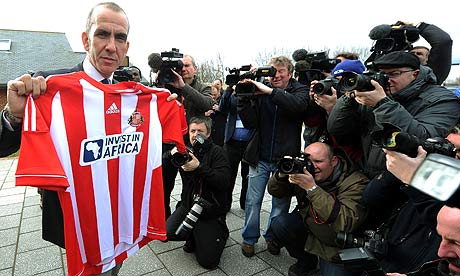 If clubs turn content creators where does that leave the press?

The moment that clubs begin to produce their own content they come into conflict with the local press. They’re competing for readers and, more importantly, revenue. Traditional media outlets can draw supporters away from visiting official channels, thus depriving clubs of the opportunity to monetise these followers with cannily placed adverts for match tickets or the latest replica shirt. It’s no surprise that some owners feel charging journalists for access is the way forward.

In reality this battle is nothing new. Teams have long had designs on breaking into traditional media. The matchday programme is ever-present outside stadiums across the country, many clubs have attempted to produce their own magazines with varying degrees of success and some even have their own satellite TV channels  that cater for the most ardent fans.

None of these types of media are as pervasive, affordable or accessible as the internet and at no point in the past have regional media outlets been so vulnerable.

This is an opportunity that clubs will have to seize upon but as they turn content creators where does that leave the local football hack they’ve shown so much contempt for?

Banning journalists – what does it achieve?

Banning journalists – what does it achieve?