On at least one occasion I’ve used this blog to prattle on about Liverpool FC’s brilliant use of social media. They, out of all of the Premier League clubs, seem to have understood what the medium is all about and more importantly what it was capable of.

That’s why I was shocked to read the most recent post on the blog of fictional football journalist Duncan Jenkins. Jenkins, who is either a stunning take down of the growing crowd of wannabe football journalists that inhabit Twitter or a joke that got very boring very quickly depending on who you talk to (I’m in the latter camp), managed to call one or two of Liverpool’s incoming transfer deals on the back of existing press speculation. Given the litany of accounts which predict transfers, or at least try to, this was nothing unusual however the sheer popularity of the account meant Duncan’s predictions got much more coverage. This upset someone at Liverpool, namely their Director of Communications Jen Chang.

I’ll not go into detail about what happens next, however Mr Chang comes across like the lovechild of Magnum P.I. and Reggie Kray. Suffice to say the tale of what is essentially flat track bullying has spread across Twitter in double quick time, giving Liverpool yet another avoidable PR problem to deal with. 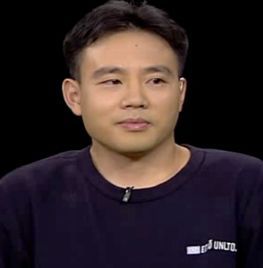 Can anyone give me odds on Jen Chang being told to “Walk on” by his bosses?

I would have thought that Liverpool would’ve been aware of the risks in making threats to any fan, let alone such a well followed individual. Chang’s decision to drop the threats probably resulted from the realisation that trying to destroy a man’s life because of a few hopeful punts on a parody Twitter account would eventually be more damaging to him than it would Jenkins. And he’d have been right.

The most disappointing element of this episode (and there are a few) from a public relations point of view is that the go to option to stop these supposed leaks was not conversation or mediation but to bully. It goes without saying that the role of PR should never be to threaten, no matter how red-faced an organisation is left. Is this reaction indicative of a club who have spent much of the last 12 months with their backs against the wall as they battle allegations of racism, poor on-pitch performance and not entirely unjustified jibes at their record in the transfer market? I’d say so, but that’s no excuse.

Furthermore proper public relations should save organisations time and money. The amount effort that went into compiling a dossier on Jenkins’ creator is dozens of times what it would’ve cost to develop an understanding through less nefarious, more conventional PR methods. The £300,000 extra that Roma bagged from the deal as a result of the tweets does not matter. Anyone could’ve posted a speculative tweet linking the club and player.

This doesn’t just mean bad PR for Liverpool either. It’s a story the communications industry could do without too. Granted it’s no Bell Pottinger and I expect coverage on conventional media will remain minimal but it doesn’t do us any favours.

The Premier League versus the NFL [infographic]