Keeping up with Southampton’s media team is becoming a full-time job in itself, and they set the bar high in the build up to their New Year’s Day match against Arsenal by getting #GoodLuckTim trending – but perhaps not for the reasons you’re expecting.

Rather than willing on Tim Henman, instead the recipient was a Saints fan known on Twitter as @_timcorn, who tweeted the club in December wanting help getting the attention of a female fan he kept spotting at the game.

Campaign to find the girl that sits 4 seats along from me at football. Block 24 seat 626 #saintsfc

While the club wouldn’t oblige – citing “those data protection laws” – they did offer some relationship advice.

@_timcorn You can't simply force someone into a zorb race. Man up and ask if she fancies a drink – no lady can resist a hot Bovril.

The advice didn’t end there though. Spotting an opportunity, the club’s media team offered to help Tim out by providing some roses and a voucher for one free Bovril in order to give him a bit of a push. After a false start – literally, when his car broke down – the plan came together on New Year’s Day and gained a bit of traction when the club published this video featuring mascot Sammy Saint.

And the outcome? It worked, and an ecstatic Tim sent a selfie to Southampton staff to let them know the outcome following a series of posts from fans in the area who tracked Tim’s endeavour as if it was a breaking news story. Tim even had ex-Saints player Matt Le Tissier cheering him on.

Thank you to @SouthamptonFC she didn't like the bovril but loved the flowers❗#WingMan #Saintsfc pic.twitter.com/2KNY0ECcSS

Kudos to the team for spotting the potential and showing a bit of initiative. The resulting news coverage included international newspapers, websites, and Sky Sports News for the price of a bunch of roses and a cup of Bovril.

Blackpool player in trouble over Snapchat

Should football teams be taking part in 'banter' on Twitter? 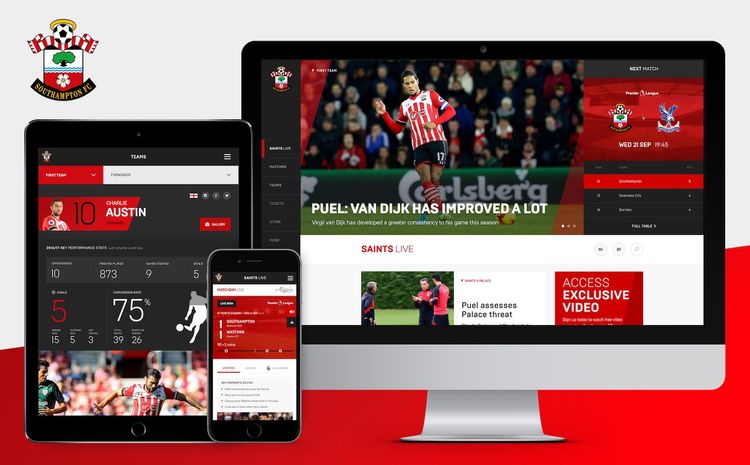